Walker the star as Carlisle make a winning start at Edenside 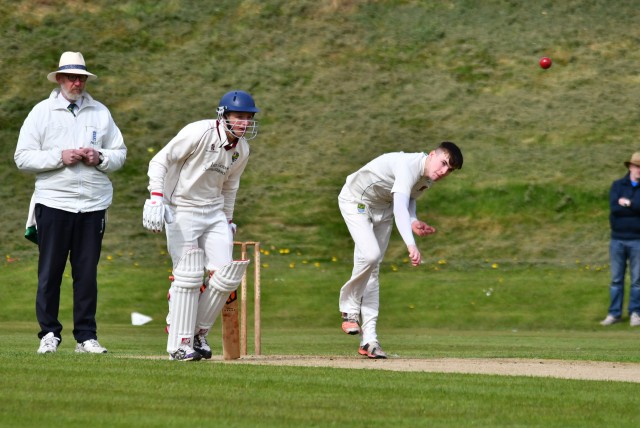 
The Edenside men ran out narrow winners by just two wickets in the 49th over, with Phil Frazer again completing the victory after his opening day heroics against Workington.


Jamaican international, Derval Green, who only arrived in Carlisle on Friday lunchtime after a long journey via Montego Bay and the United States, made an instant impact with Ben Davidson clinging on to an edge from Chad Pearson at second slip.


Wigton's Mike Slack, who finished with 43, held the innings together on a difficult day to bat and together with the promising Matthew Reed, added 48 for the fifth wicket.


But it was young seamer Henry Walker who stole the show with a magnificent bowling performance, attacking the stumps and the outside edge from a full length. His 5-30 largely responsible for Wigton's eventual 139-all-out.


Carlisle made a poor start, losing opener James Lythgoe to Slack, while Tom Benn was brilliantly caught one-handed above his head by Johnny Honeyman as the Carlisle batsman tried to lift the pressure from some tight bowling.


When Marc Brown was run out for just one, the visitors were jubilant and scenting victory.


Alex Raybould, though, refused to be overawed and launched a counter-attack that rebooted the Carlisle run chase.


His quick-fire assault fell one one run shot of a deserved half century, but James Dawson inched the home side towards the line before Frazer cleared it with a fine four pulled through midwicket.